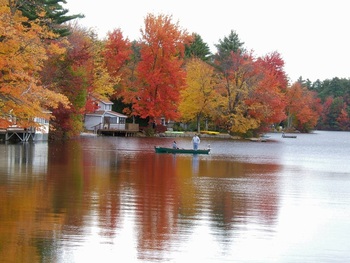 Located at the crossroads of state routes 26, 100, 115, 202, 4 and the Maine Turnpike exit 63, Gray is home to the Maine Wildlife Park, Libby Hill Forest Trails, and the Spring Meadows Golf Course and is conveniently located within a twenty minute drive of Maine’s two largest cities, Portland and Lewiston.  With the many local attractions in its forty two square miles, coupled with the surrounding areas many offerings, the Town of Gray is truly at the heart of it all.

Also known as "The Crossroads of Maine" due to the intersection of five major routes in its village center, Routes 26, 100, 115, 202. Gray is located directly between the major cities of Lewiston and Portland and is just a 27 minute ride to either location. It has a population of approximately 7,500 people and covers a total of 46 sq. miles, 43 sq. miles of which is pristine rural forest land and 2.7 sq. miles of water including Crystal Lake and most of Little Sebago Lake. 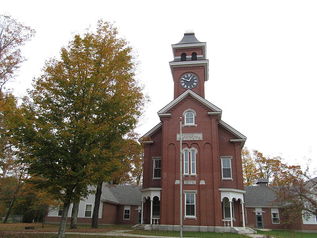 Gray is home to regional headquarters for the Maine Department of Inland Fisheries and Wildlife, which maintains a fish hatchery and wildlife park. It is also home to an NOAA National Weather Service Forecast Office, which issues forecasts and severe weather warnings for New Hampshire and Maine.

The area was granted on March 27, 1736 by the Massachusetts General Court to a group from Boston. In 1737, the township was laid out and roads cleared, with the first settlers arriving in the spring of 1738. But during the ongoing French and Indian War, the settlement was attacked in the spring of 1745 by Indians and resettled again in 1751. The town had been without a name until about 1756, when it began to be called New Boston. On June 19, 1778, New Boston Plantation was incorporated as Gray after Thomas Gray, a proprietor.

Gray has a number of historic landmarks and buildings within its borders. Pennell Institute is a still standing school building that was built in 1876. The school was considered one of the finest free high schools of its kind  in all of New England and is a cornerstone of Gray. Currently Pennell Institute is being renovated to house Gray's municipal departments under one roof. This newly renovated Town Hall, aptly renamed the "Henry Pennell Municipal Complex" is expected to be open in late summer 2010.

Along Collyer Brook, Samuel Mayall established in 1791 the first successful water-powered woolen mill in North America. Brick ruins and a thick stone wall are all that remains at the site today