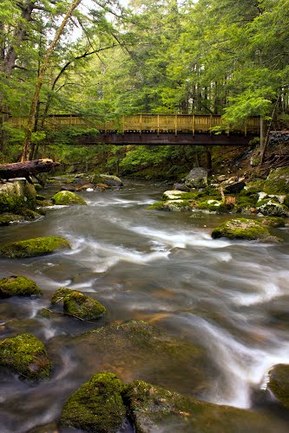 Just a short drive northeast from Portland along Route 1 or scenic Route 88, leads you to the charming village of Yarmouth. Stop in at one of their eateries for a leisurely meal or quick bite to fuel up for antique hunting along the tree-lined streets and historic homes.
Outdoor enthusiasts savor the Royal River Park with its open spaces, picnic areas and summer concerts. Adjoining the park is the Royal River Walkway. Clearly marked and pedestrian-friendly, the trail weaves along the Royal River offering fresh air and opportunities for vigorous exercise or quiet reflection. The Walkway connects to the Beth Condon Memorial Pathway creating a system of trails that allows for convenient access to the shops along Route 1.

True to its roots as a seafaring community, Yarmouth has a marina and boatyards. Explore sheltered coves of the Royal River or venture out to nearby Casco Bay for a scenic tour. After spending the day with harbor seals, sea birds and enjoying the salty breezes, relax dock-side with a gourmet meal and good company.

Each year in July, organizations throughout the community gather together to welcome visitors and kick off their fundraising efforts during the weekend-long Yarmouth Clam Festival. The festival features loads of food, live music, carnival rides, arts & crafts, and, of course, clams. 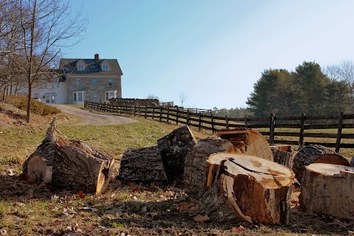 North Yarmouth is a rural town with no major business located within its borders. There is a Carriage Museum, four municipal parks of which three have maintained walking trails. School age children residing in North Yarmouth attend the MSAD#51 schools with children from the Town of Cumberland.  North Yarmouth also shares the Prince Memorial Library & Recreation Programs with the residents of Cumberland. Annually the town hosts a Summer Concert Series on the Village Green, Fun Day (events include a pancake breakfast, parade, live music, kid’s fun run, adult run, diaper derby, exhibits, raffles and much more) and a Clean Up Day, for all those items you can’t put out for curbside pickup.

History
The area embracing North Yarmouth, first settled in 1636, was abandoned twice before successful final settlement in 1713. In 1646, William Royall purchased a farm on the river that, since, has borne his name. John Cousins, a few years previous, occupied a neck of land between branches of a stream and owned an island, both now bearing his name. These settlements were established in the vicinity, called by the Wabanakis, as “Wescustogo”. Yarmouth originally constituted the eastern portion of North Yarmouth; the “North” in the name intended to differentiate it from Yarmouth, Massachusetts, on Cape Cod (Maine was then a part of Massachusetts). North Yarmouth was chartered on September 22, 1680, encompassing the area of the present Town of North Yarmouth and the future towns of Harpswell (until 1750), Freeport (until 1789), Pownal (until 1808, from Freeport), Cumberland (until 1821), and Yarmouth (until 1849).